Free Shipping Worldwide on order over US$49.9

White Laser Light technology delivers high-density white light, shining brighter and farther than ever before. It meets the gap in current technologies with the reliable efficiency of LED and the bright, narrow beams of legacy halide and halogen. White Laser Light surpasses the limits of existing lighting options to deliver safe, high luminance, collimated, long-throw beams, from an incredibly small, lightweight source. It doesn’t just offer superior technology, it’s enabling entirely new opportunities in specialty lighting.
White laser a new product with the new technology that converts the blue laser beam emitted by a semiconductor into a broad-spectrum, divergent, safe, and bright incoherent white light through a high-performance phosphor element. Similar to the LED illumination principle, the white phosphor is excited to produce safe and bright white light!
Recognized by the academic community, laser products have three characteristics, both directional, monochromatic, and coherent. The white light in the White laser is an isotropic divergent light emitted from a high-performance phosphor element, therefore the White laser does not have directionality. In the same way, the blue light of the narrow spectrum of the semiconductor has been converted into broad-spectrum white light during the conversion process of the high-performance phosphor element, so it does not have monochromaticity and coherence. In other words, the White laser does not have the "three characteristics" of the laser.
The core of White laser is to reduce the light-emitting area of fluorescent light to a small extent so that the unique effect of long-range illumination can be formed by a convex lens. This technology has been applied to the high-end models of BMW, Audi, and Land Rover, and has been widely welcomed by consumers. At the same time, it can also be used for photography fill light, drone shooting, ship lighting industry. 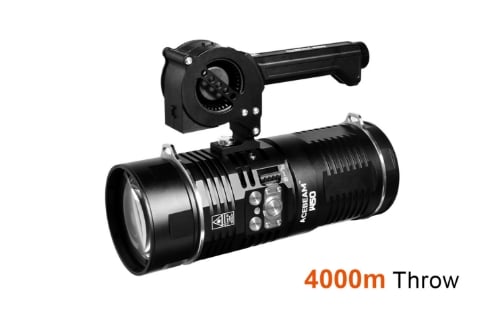 Adopts the world's most high-end blue laser to stimulate yellow phosphor to form white laser, enhance the patented technology and unique optical system, so that the laser light source life of up to 10,000 hours, coupled with a reasonable cooling structure and the use of aviation-grade cylinder material to solve the laser miniaturization and heat sink complex and other prominent problems. W50 is one of the world's only practical white laser lighting searchlights developed by Acebeam. Ultra-long straight precision and high light intensity will let you in the night to explore the experience of extraordinary feeling. 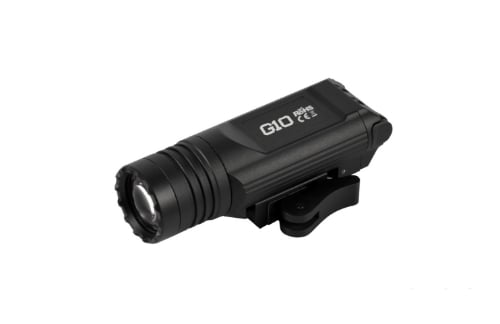 The ACEBEAM G10 'White Laser' lights is truly unique precise lighting, a massive reach, and very robust. Because of the very focused beam, you can light up a distance of no less than 1200 meters! Great when you need to look ahead and don't want to miss your target. Perfect when hunting, during search ops and for other tactical purposes. The ACEBEAM G10 definitely earned the name 'White Laser'. 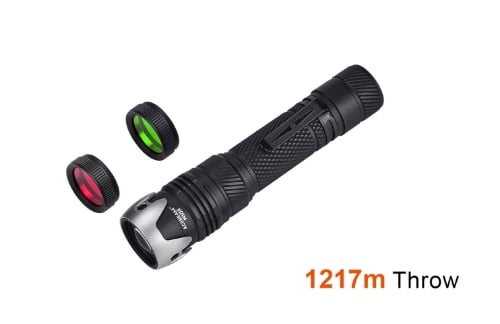 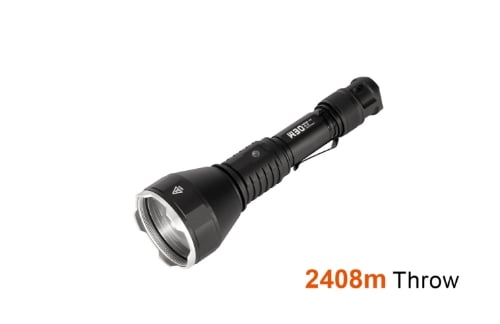 The long-range LEP flashlight, Acebeam W30 has an incredible narrow hotspot but with an extremely long-range beam UP to 2,400m, the light intensity reaches 1,450,000 candela, and the luminous flux is 500 lumens. It powered by one USB port 21700 battery and uses a customozed LEP emiter. 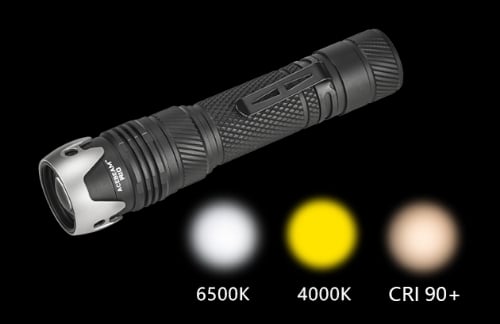 The W10 is a USB-C rechargeable LEP flashlight that utilises a white laser emitter transform the blue laser energy into focused, crystal-white light (BMW is using similar phosphor technology to create laser headlamps for their vehicles). The convex lens produces a 250 lumen output with a beam throw of up to 1000m. A 5100mAh 21700 battery combined with the highly efficient LEP light source provides and a runtime of 3.3 hours at maximum output and maximum throw. Coloured filters are available in Green and Red which adds to the versatility of the W10.